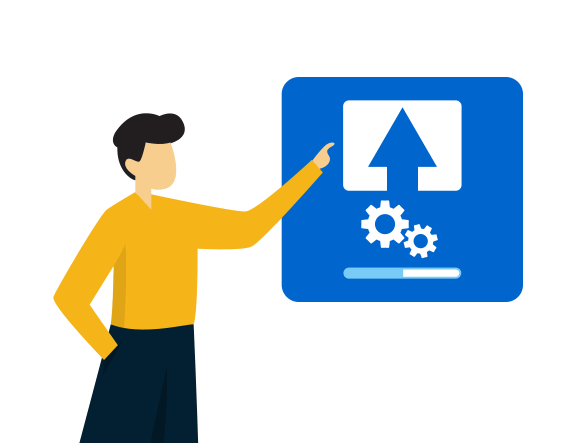 We’re excited to announce that a new firmware version for P-Series PBX System (v37.3.0.16) has been released today.

With Linkus Web & Desktop Clients, P-Series users can now easily click to dial from desktops while still using their IP phones or analog phones, so long as there are is a computer and the internet connections. In a click, you can call any phone number appearing on your computer screen from your desk phone, and don’t have to spend time saving contact information or manually enter numbers on your physical desk phone.

It only takes simple clicks of the mouse to transfer, hold, retrieve calls and make other operations on the computer user interface, eliminating the need for typing phone numbers or remembering multiple feature codes. This can greatly enhance call experience and work efficiency.

Group Voicemail provides a simple and efficient way for P-Series users to handle voicemail messages. With voicemails sent to a group of people, anyone available at that moment can read and deal with them right away, and this message will show as read for other team members.

Besides, Group Voicemail can also be used to broadcast notifications. Simply record your message and send it out to multiple recipients at the same time, and everyone can receive and read it independently.

Both shared and broadcast voicemails can be sent to any Ring Group, Queue, or custom group. Better yet, you can read these messages via multiple endpoints, including Linkus Web Client, Linkus Mobile Client, Linkus Desktop Client, and your desk phone.

P-Series PBX System can now fully integrate with Microsoft Teams. The integration turns Teams users into regular extensions on P-Series PBX System so that they can make and receive internal and external calls directly on the Teams app while enjoying a variety of advanced calling features.

Distinctive Ringtone allows users to distinguish incoming calls by ringtones and notice the intention of them. You can now set up different ringtones according to your preference, and then identify whether the incoming call is from a certain inbound route, IVR, ring group, queue, or is an internal call.

Distinctive Caller ID Name is a string displayed on extension users’ phones, which allows users to know where the incoming call is routed and who is calling. You can choose to display Call Feature Name, DID/DDI Name or both.

P-Series users can create a Paging/Intercom group, and place a call to the group members at any time. The Paging feature allows you to make a one-way announcement and the paged phones will automatically answer it in the speaker-phone mode while the Intercom feature allows for hands-free and two-way communication with colleagues. Scheduled Paging and Intercom are also supported.

All Busy Mode for Endpoints

Extension users on P-Series PBX System can configure All Busy Mode for Endpoints according to their own needs. With this feature enabled, when one endpoint of an extension is busy, such as dialing, ringing or talking, other endpoints also cannot receive new incoming calls. In this case, this new incoming call will be automatically forwarded to the destination set for the “Busy” status.

The Asterisk Manager Interface (AMI) is a system monitoring and management interface provided by Asterisk. It allows live monitoring of events that occur in the system, as well as enabling you to request that Asterisk performs some action. This feature allows you to connect an AMI client to Yeastar P-Series PBX System.

Emergency Notification Contact: you can designate an employee to be responsible for any possible emergency across your company. The contact will be able to notice and respond to what’s happening once he/she receives the notification.

Please refer to the release note to learn all the new features, improvements and bug fixes in detail.

You can check for this new firmware version in your P-Series PBX System management portal.