Yeastar keeps developing and improving Linkus by releasing new features through the update of Linkus server and Linkus mobile client. Every update provides recent enhancements and minor fixes. This time, we are happy to release the latest Linkus Server 1.2.5 and Linus Mobile Client (iOS 1.2.6 & Android 1.2.6).

This new version of Linkus is supported on the latest firmware version 30.4.0.6 of S-Series VoIP PBX. So before using this new version of Linkus, please upgrade your PBX firmware to the latest version first. To enjoy the powerful new features of Linkus Mobile Client iOS version 1.2.6 and Android version 1.2.6, you also need to upgrade your Linkus sever to the latest version 1.2.5 on the App Center of S-Series. The newest Linkus Mobile Client is also ready for downloading on App Store and Google Play. 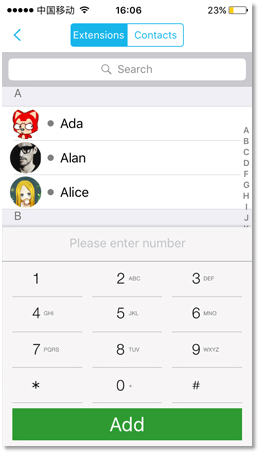 With Visual Voicemail, you can see a list of your voice messages and choose any one to listen to or delete on your Linkus Mobile Client without dialing into voicemail, which greatly saves your time.

By default, Linkus debug is disabled. If you got a problem of Linkus client, you can enable the report bugs, duplicate the problem and then send the report about your bugs to Yeastar.

5. Added support for answering and terminating a Linkus call via Bluetooth headset.

7 Ways to Use Linkus UC Clients During Your Workday